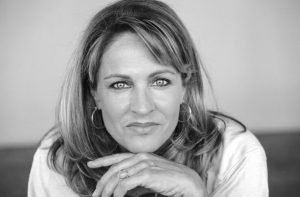 Her most recent project is the role of Susan in the Stream Queen comedy podcast with Brenna Coates.

She portrayed Liz in the HALLMARK movie The Journey Ahead with Holly Robinson-Peete and Kaylee Bryant; Doreen Boyd in the popular NETFLIX series Maid, and was seen as Arwen Reed, an against-type character in the Facebook web series Sacred Lies.

Steen additionally appeared in two separate HALLMARK projects in 2020 titled Chateau Christmas, and the Valentine’s Day-themed Matching Hearts. Prior to that was A Midnight Kiss (2018), also a HALLMARK movie. Other recent projects include Stolen by My Mother: The Kamiyah Mobley Story (LIFETIME), and guest stints on Grey’s Anatomy (ABC), and the Charmed reboot (CW).

In 2013, she starred in The Sound of Willie Nelson’s Guitar, an indie short film about a member of the Canadian Peacekeeping Corps struggling with a devastating experience in war-torn Bosnia. The year before, she starred with Eric Roberts and Eddie Izzard as Police Commissioner Eva Braden, in the IFC dark comedy series, Bullet in the Face, written by Alan Spencer of Sledge Hammer fame. 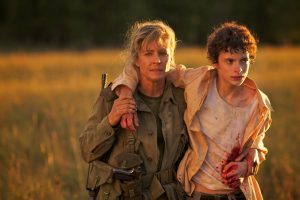 She made several guest appearances as Constable Donna Sabine between 2009 and 2012 in the highly acclaimed Canadian drama Flashpoint (CTV/CBS).

Steen began her acting career at the age of eight and has gone on to star with the likes of Charlize Theron, Bruce Willis, and Keanu Reeves. In 1989, she took the lead role as Hannah Gottschalk in the TRI-STAR feature Sing, also starring Lorraine Bracco. She was later cast as Linda Metcalf in the Emmy and People’s Choice award-winning ABC Series Homefront.

Following those productions, Steen was next seen in NBC’s Emmy-nominated series Earth 2, and back-to-back roles on FOX’s Killer Instinct and Murder One (ABC).

Among Steen’s other notable performances are a NASA Shuttle co-pilot in TOUCHSTONE’S smash hit Armageddon directed by Michael Bay and produced by Jerry Bruckheimer, and NEW LINE CINEMA’S Trial and Error with Jeff Daniels and Michael Richards.